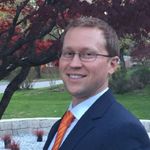 Posted at 15:43h in Uncategorized by admin

Over the course of more than eight years, Ari held various senior roles with Senator Bob Casey, Jr., a pragmatic foreign policy leader. Upon his departure, Senator Casey stated, “From day one, Ari played a critical role in my 2006 election.  He and I have traveled tens of thousands of miles together domestically and abroad. He has done great work on my behalf.  As a native Pennsylvanian, I look forward to his future success.”

Using skills perfected on the American campaign trail, he now assists international clients with best practices for engaging key American stakeholders to run the most effective campaigns.  Congressional foreign policy leaders and international reporters regularly seek his counsel.  Ari has built deep personal and professional relationships with business, government and community leaders across Pennsylvania and across the United States.  He understands the nexus of politics, policy and the press.

Ari is self taught and conversant in Bosnian, Croatian and Serbian.  He has a deep understanding of the Balkan reconstruction and reconciliation process having lived and worked in the region. Ari formally studied Hebrew for nine years.